While flying to Auckland we passed over the equator and we also crossed the International Date Line. New Zealand is ahead of New York by 18 hours. Many people were confused about the date asking if it was Sunday or Monday or Saturday. To add to the confusion, my Kindle and iPad still showed the eastern time.

I learned to get a quick calculation of the time in New York by adding 6 hours and subtracting a full day.  For example if it is 8am Monday in NZ then it is 2pm Sunday in New York.

Heading west, we sailed along the Fjordland National Park that stretches over two hundred kilometers of mountains, called the Southern Alps, and counts fourteen spectacular fjords. The rocky mountains were original glaciers now covered with vegetation where rain forest clings. 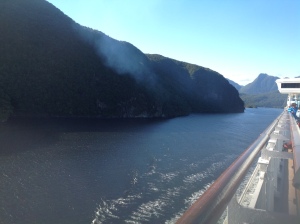 A fjord is a narrow arm of the sea bordered by cliffs. The cruise director called everyone on deck to watch the breathtaking scenery.

The ship squeezed in between two mountains. According to a legend, the demi-god Tuterakiwhanoa is said to have carved the rugged landscape from formless rock.

The original inhabitants of New Zealand, the  Maori dwelt in this region.

Captain Cook discovered the Fjordland in 1773. 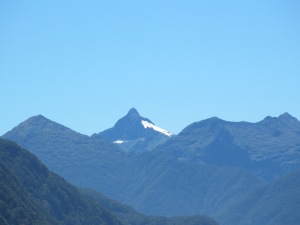 Later sealers and whalers settled in the region. 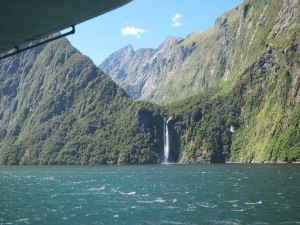 Three days later we docked in Hobart, the capital of Tasmania. Tasmania is a big island located south of Australia and west of New Zealand. It belongs to Australia. Aussies consider it the ideal place for honeymoon.

A bus took us to the top of a mountain for a better view of the panorama.

Unfortunately it was cloudy and chilly that day. Although it was the middle of summer in the southern hemisphere, the temperature fluctuated between 45 0F and 70 oF.

In the afternoon, the sun finally appeared and warmed up the picturesque downtown where many tourists ambled or sat at cafes. 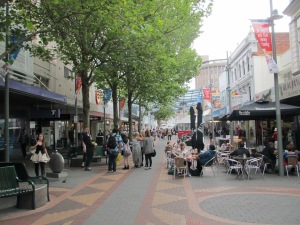 Stay tune for a visit of Melbourne and Sydney.

If you like to travel and love to read, come and enjoy my international romances. Around the world through stories that simmer with emotion and sizzle with passion.