Two years ago, I went on a memorable cruise around the British Isles. Would you like to come along with me for a repeat ?

First stop, St. Peter Port in Guernsey Island. A quaint island in the Channels that became the setting of my new romance novel: A BRIDE FOR PRINCE PAUL

These tiny Channel Islands, modern yet pastoral, separated from Normandy in 1204, with a population on 65,000. St. Peter Port is the capital with a population of 16,000. The official language is English but the legislative language is French, and there is an island dialect of Guernesiais, close to the French and spoken by 2% of the population.

Our guide informed us that the island which is part of the Commonwealth has its own government and governor. No tax for its citizens and free health service for the children under six and senior over seventies.

During WWII, Guernsey was heavily fortified by Hitler. We saw battlements and visited the Occupation Museum with its tunnels.

The French poet and famous writer, Victor Hugo lived here in exile for 15 years at the Hauteville House with his wife Adele and four children. His son, Charles, noted that this house was “a veritable three-story autograph, a poem in several rooms.” Both Les Misérables and the Huntchback of Notre-Dame were written in Guernsey.

Sir Edmund Andros lived in Sausmarez Manor. He was the Lieutenant Governor of Guernsey, and at various times Governor of New Jersey, Massachusetts, Virginia and North Carolina. He was the one who changed the name of New Amsterdam to New York when he was its first British Governor.

William Le Lacheur is another famous resident who built a coffee empire in Costa Rica and Europe.

French Impressionist Renoir created some of the most valuable painting of the island’s cliffs and bays.

With its cobbled streets and picturesque seafront marina, St. Peter Port is considered one of Europe ‘s prettiest harbor towns. The Gold and Silversmiths Workshops are situated in a converted barn that dates to 1582.

Set in the countryside sits a miniature chapel. The Little Chapel is decorated with pebbles, shells, and pieces of broken china. 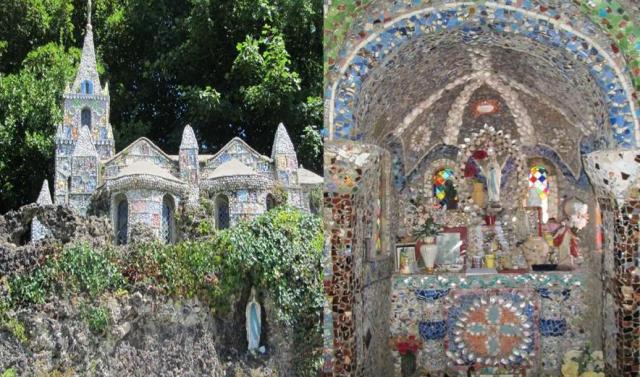 My contemporary romance novel, A BRIDE FOR PRINCE PAUL, has been approved for Kindle Scout. May I ask you for your nomination.

Here is the URL: https://kindlescout.amazon.com/p/37BZQ1K8SCMK7

No purchase necessary, and, if selected, you’ll receive the ebook FREE!

Sincere thanks in advance.