Available on Amazon and Kindle Unlimited 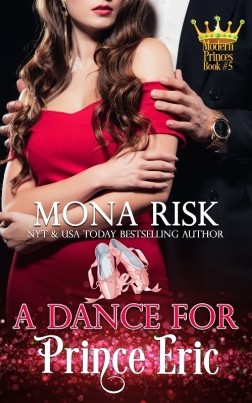 She gave up a promising dancing career for her young brother’s sake. Can she trust the charismatic prince who saved them both, but never speaks of commitment?

Natalie Borikev’s dream is finally materializing—standing ovations, calls of “encore” and “bravo,” and a fabulous contract to dance on a Las Vegas stage. But if she stays in Vegas, she may lose her young brother to a drug addiction.

Eric Devereux fell under Natalie’s spell after watching her perform. But a streak of bad luck in gambling makes it necessary to flee to his family in Boston. Escaping from Las Vegas seems as crucial for his favorite dancer, who is about to be caught in the clutches of an unscrupulous billionaire.

Once they travel to Boston together to start a new life, nothing is as Natalie expected. Her charming rescuer is actually a prince with bright prospects, and though he loves her, he never speaks of a future together. Meanwhile, she lost everything—her budding career as a dancer, and even her brother’s affection.

Can she get past her regrets and rebuild her career? And can she trust the man who lavishes her with kisses but won’t commit?

A Dance for Prince Eric is book 5 of the Modern Prince Series.

A Bride For Prince Paul: She can’t abandon her patients for his crown!

A Bodyguard For The Princess: A murder at Harvard in Princess Chloe’s student building.

Jingle With My Princess: The doc and the princess… He saves lives but Princess Charlene may save his heart.

Prince Philip’s Cinderella: A charming jogger saves her from danger. But he’s a prince… and she comes from nothing. Should she run or risk her heart?